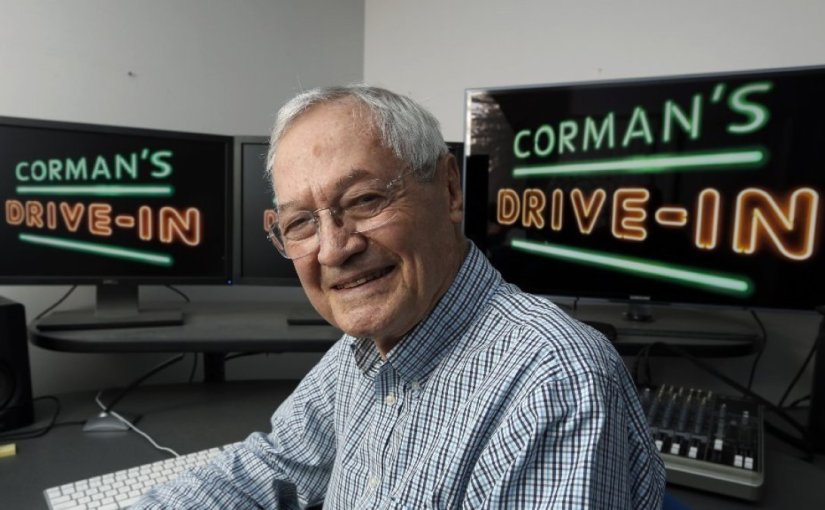 The biggest hitch to the #CormanChallenge is to shoot a short on a cell phone.  I have a cheap Samsung Galaxy J3 which I would replace in a minute if I could just walk into the store instead of trying to order on the phone itself through the website and get caught in the loop of the store in my area I want to pick it up and the site attempting to steer me to have it mailed, which is too risky. Packages can end up left in the hall if I am at work (essential) or I can get a notice to walk over to the mall post office, right beside the store I would have preferred to just pick up the parcel.

Maybe that itself could have been (or could be) a short.  I don’t know.  But I had to use packing tape and a selfie stick propped here and there to get the simple but functional shots I needed for my short entry, “Alarm Rest.”  I have no idea whether it will be seen by Mr. Roger Corman or other directors reportedly screening entries, like Ron Howard, just because I post a link or allow others to share a link to the video with @RogerCorman and #CormanChallenge on “any social media.”

When Sean Baker and his DP  Radium Cheung shot Tangerine “on a cell phone” it was an iphone with apps that allowed them to set the frame rate at 24 frames per second and lock the iris and focus, and they usually had a housing for the cell that kept movement smooth. I ran into a couple of shots that were so handheld and shaky I tried slowing them in post.  I also discovered that even though everything was framed landscape to look like a movie and it played back on my PC and even on my Mac as landscape those shots required me to shoot downward or at such an angle that something might have been confused because in the editing program they came out as portrait. Those I had to just re-shoot the following day.

Meanwhile, I have gotten a renewed taste for the process of shooting and I know I have to get back into it as a routine.  I have looked back at drafts of the screenplay I meant to shoot in 2017 and have had a recent burst of inspiration about how to merge those drafts and what I have learned from novelizing that project and maybe generate a script that leads the audience in more smoothly to the world it creates.  I don’t want to drop people right into strangeness, but rather have them not realize they have entered it until they are already somewhat invested in it.  There is a temptation to spend the day watching old Colombo episodes, puttering around, and eating too much during the time of the pandemic.  But I still want to follow through on my projects, especially those I have been pushing up the mountain for more than ten years.

Writing, drawing shots, reading…. but this short project just had such a simple premise that it couldn’t choke under its own weight.  If I were to do it over I would not use a cell at all.  I wasn’t even 100% sure that was a stipulation or whether it was just a suggestion that everyone has the minimum resources to make some kind of short.  At least the contest got me up early one day and had me solving little problems and causing them. At least we were not required to type the script on a Smith-Corona.

Filmmaker, from North Bay, Ontario, currently in Toronto. Graduated from Humber Film and TV Production in the Nineties. Made countless short films. View all posts by jawsphobia

One thought on “The Corman Challenge and Corona”